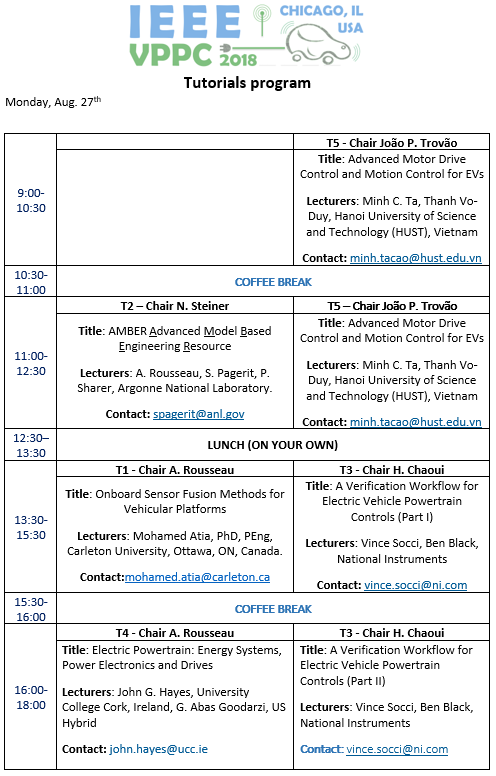 Abstract: Sensor fusion is the art of estimating accurate vehicle’s state information from multiple noisy sensors. It is the driving force that will power up the autonomous driving and connected vehicles ecosystem. This tutorial will give a “practical” and “hands-on” training session on sensor fusion technology for vehicular positioning and navigation technology. Theory and characteristics of common modern vehicles’ sensors will be discussed. This will include Global Satellite Positioning Systems, Inertial Sensors, Vision, and Range sensors. Vehicles’ kinematics and the art of Kalman Filtering will be extensively elaborated under different environments, constraints, and scenarios. The training session will include a step-by-step guide on how to build a full Kalman Filter-based Attitude and Heading Reference System (AHRS). A skeleton MATLAB code and real sensor data will be used to demonstrate this development. By the end of the session, you will develop an elegant EKF-based sensor fusion engine that you can extend to meet your own research/project goals.

Mohamed M. Atia is currently assistant professor with the department of Electronics at Carleton university in Ottawa. He is the founder and director of Embedded Multi Sensor (EMS) research lab in Carleton University (https://carleton.ca/embedded-systems/). He received B.S. and M.Sc. degrees in computer systems from Ain Shams University in Cairo, Egypt in 2000 and 2006 and a Ph.D. in electrical and computer engineering from Queen’s University at Kingston in 2013. He held several full-time positions in industry developing algorithms for natural language processing, online speech recognition, and real-time embedded multi-sensors navigation, guidance, and control systems. Dr. Atia is a recipient of the Alberta Innovate Association Award in 2011, the IEEE excellence in PhD research in 2013, Mitacs Elevate Industrial Postdoc Award in 2014, NSERC PDF Award in 2015, and Queen’s University Teaching Award in 2016. He has more than 50 international publications in addition to one granted patent and two pending patent applications.

Abstract: Most Model Based System Engineering (MBSE) tools are designed for a closed environment, or for a predetermined set of actions. Because of the need for more flexible multi-vehicle simulations involving CAVs, ADAS, regional transportation, large-scale and others, simulation workflows are getting more and more difficult to manage. Engineers need to constantly set up and switch between multiple tools, which make it difficult to standardize and document their workflows. Based upon feedback from our Autonomie users, we decided to work on a new application to provide a solution to these issues. Called AMBER, it provides a platform of completely open and customizable workflows, and enables engineers—both users and developers—to retake control of their MBSE workflows.

Aymeric Rousseau is the Manager of the System Modeling and Control Group at Argonne National Laboratory. He received his engineering diploma at the Industrial System Engineering School in La Rochelle, France in 1997 and is currently pursuing his Executive MBA at Chicago Booth.  For the past 20 years, he has been evaluating the impact of advanced vehicle and transportation technologies from a mobility and energy point of view including the development of Autonomie (vehicle system simulation) and POLARIS (large-scale transportation system simulation). In addition to leading numerous projects for OEMs and US Department of Energy, Aymeric Rousseau has been providing the vehicle energy consumption analysis for the US CAFE regulations and has authored or co-authored more than 80 papers related to vehicle electrification.

Phillip Sharer is the Team leader of the Vehicle Modeling Tool group at Argonne National Laboratory. Before that, he was an Autonomie developer and co-author of PSAT. He has been a Research Engineer at Argonne for 19 years.  He received a Master of Science in Engineering from Purdue University Calumet in 2002.

Sylvain Pagerit is a Principal Systems Analysis Engineer and Software developer at Argonne National Laboratory. He received a Master of Science in Automatics, Control Systems and Industrial Engineering from the Ecole des Mines de Nantes, France, in 2000, as well as a Master of Science in Electrical and Computer Engineering from the Georgia Institute of Technology, Atlanta, in 2001. At Argonne, he focuses his work on the development of system simulation tools, originally for PSAT and Autonomie and now AMBER, as well as managing the group development environment. For the last 20 years, he also setup and manage High Performance Computer (HPC) clusters and design tools to facilitate and optimize system simulations on HPCs. He received a patent and several awards for his work on Autonomie and PSAT

Abstract: The use of electric powertrains is automobiles is growing at a rampant pace.  Engineers need to develop high-performing, reliable, and safe power systems with minimal schedule and budget. To meet technical and business requirements, design organizations need collaborative test environments to verify engineered products throughout the development cycle.  This tutorial demonstrates a verification workflow using an electric vehicle powertrain use case.  Test and verification methods are defined and applied in the various phases of the design and integration of the use case. The testing of the use case evolves from a full simulation environment to a real hardware and software platform.  Participants, including designers and test engineers, will learn how to complete verification and validation of new electric vehicle components and powertrain systems.  They will experience the full workflow of verification and validation of a control system for an electric vehicle powertrain use case.

Vince Socci is a real-time test business development manager at National Instruments. He provides business and technical support for customers in automotive and off-highway HIL applications. With 30 years of experience in aerospace, automotive, power electronics, and medical systems, he has engineering systems in the most complex applications. His specialized areas of interest are embedded controls, real-time test, and systems engineering. He holds a BS in electrical engineering, MS in electrical engineering and MBA in technology management. Socci has served on the IEEE Board of Directors, and governing boards of several IEEE societies, SAE, and PMI.  He is a certified PMP.

Benjamin A. Black is a Principal Market Develop Manager for Power Electronics Real-Time Test at National Instruments and a Lecturer in the Mechanical and Aerospace Engineering Departments of The University of Texas at Austin.  He earned his Ph.D. in 2007 from the George Woodruff School of Mechanical Engineering at the Georgia Institute of Technology.  His research focused in the use of passive haptic robotics for teleoperation. From 2007 through 2012, he worked as a System Engineer at National Instruments focusing on advanced control and advanced simulation projects.  Currently he focuses his time on developing the NI platforms and strategy for the area of power electronics and power systems real-time simulation.

Abstract: The modern electric powertrain is relatively new for the automotive industry, and engineers are challenged with designing affordable, efficient and high-performance electric powertrains as the industry undergoes a technological evolution. Co-authored by two electric vehicle (EV) engineers with decades of experience designing and putting into production all of the powertrain technologies presented, the new book Electric Powertrain: Energy Systems, Power Electronics and Drives by Hayes and Goodarzi provides readers with the hands-on knowledge, skills and expertise they need to rise to that challenge.

The book is a structured holistic textbook for the teaching of the fundamental theories and applications of energy sources, power electronics, and electric machines and drives to engineering undergraduate and postgraduate students. The book is fully supported with instructor and student companion websites.

This tutorial is based on Part I of the book: Vehicles and Energy Sources. Part I of the book begins with a historical overview of electromobility and the related environmental impacts motivating the development of the electric powertrain. Vehicular requirements for electromechanical propulsion are then presented. Battery electric vehicles (BEV), fuel cell electric vehicles (FCEV), and conventional and hybrid electrical vehicles (HEV) are then described, contrasted and compared for vehicle propulsion.

G. Abas Goodarzi, PhD, P.E., is the Chief Executive Officer and President of US Hybrid Corporation, Torrance, California, which he founded in 1999. He is also the President of US Fuel Cell, a company formed with the acquisition by US Hybrid of the United Technologies PEM fuel cell transportation division. He served as Senior Scientist at General Motors’ Hughes Aircraft subsidiary, and as Technical Director for the General Motors EV1. He has designed various EV, HEV, and FCEV powertrain systems for light, medium, and heavy-duty, on-road, off-road, and special-purpose vehicles.

Abstract: After nearly 50 years of development, the Vector Control (or Field Oriented Control – FOC) – invented by Hasse in 1969 and Blaschke in 1971 – has become a standard for Industrial AC Motor Drives. Today commercial drive systems have already attained a very high-quality level, of both dynamics and accuracy. Recent researches on motors drives have been oriented to specific topics such as improvement of performance and efficiency or reliability enhancement, etc. by means of design optimization and/or sophisticated/smart control techniques.

In the first part of this tutorial, we will address to several advanced control techniques that have been successfully employed for different kinds of motor drives: Induction Motors, BLDC Motors, PM Motors, Switched Reluctance Motors for various industrial and automotive applications.

In the second part of the tutorial, the application of motor drives in EVs will be emphasized. The essential issues on control of EVs are presented, including motor control, motion control, storage system, etc … Several future trends on EV research are pointed-out, in which the Vehicle-to-Grid configurations is particularly beneficial to renewable energy future commitment.

Minh C. Ta (S’94–M’98–SM’04) received the B.S. degree (with honors) from the Institute of Technology (now the University of West Bohemia), Pilsen, Czech Republic, and the Ph.D. degree from Laval University, Quebec, QC, Canada, in 1986 and 1998, respectively, both in electrical engineering. He joined the Department of Industrial Automation, Hanoi University of Science and Technology (HUST), Vietnam, in 1987 as a Lecturer. During 1998–2004, he spent 6 years working in Japan (1998 – 2004), at Kyushu University, The University of Tokyo and at NSK Steering Systems Ltd. Co. He became Associate Professor at the Department of Industrial Automation, HUST, Vietnam, in 2009. Besides, he has been the Founder and Director of the Center for Technology Innovation, HUST since 2009. He has been appointed several visiting professorship positions: at NTUST, Taiwan (2010); UTS, Australia (2012), University Lille 1, France (2015, 2016) and at TUM, Germany (2017).  He is an author/co-author of 14 Japanese patents (12 of which also granted in US/EP), 41 international peer-reviewed journal/conference papers and 21 national peer-reviewed journal/conference papers. His research interests include Advanced Control of Electric Motor Drives, Control of Electric Vehicles, Power Electronics Converters for Renewable Energy/ Smart Grid applications.

Dr. Ta is presently the General Secretary of the Vietnam Automation Association (VAA).  He served as IEEE Vietnam Section Chair during 2008 – 2011. He was the General Chair of the 2016 IEEE International Conference on Sustainable Energy Technology (ICSET-2016), a co-chair of the Special Session on “EMR and Other Graphic Descriptions” in the 13th, 14th and 15th IEEE Vehicle Power and Propulsion Conference (VPPC). He was a Guest Editor of IET EST Special Issue on Energy storage and electric power sub-systems for advanced vehicles. He was a recipient of the Second Prize Paper Award of the IEEE Industrial Drives Committee in 2000, the 2012 Patent Business Contribution Reward of NSK Ltd. Co., Japan, and the Nagamori Awards, 2017.

Thanh Vo-Duy (M’07), received the B.S. degree and Master degree in Electrical Engineering from the Hanoi University of Science and Technology (HUST), Hanoi, Vietnam, in 2004 and 2007, respectively. He spent one year (2005) to work as a robotics research associate at the Faculty of Electric Engineering, Meijo University, Nagoya, Japan. In 2006, he joined the Department of Industrial Automation, HUST, Vietnam as a Lecturer. Beside the academic duties, from 2009 to 2016, he also served as Vice President of Hanoi Energy Joint Stock Co., specialized on the design, control and maintenance of various industrial processes. Presently, he is working towards the Ph.D. degree on the State estimation and control of Electric Vehicles at HUST. His research interests include real-time control and data acquisition and its applications.

Mr. Vo-Duy served as the Secretary of IEEE Vietnam Section in 2010. 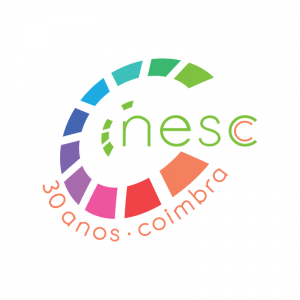